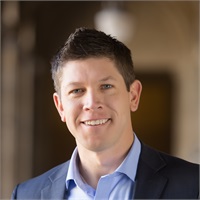 Michael became a Financial Advisor with Waddell & Reed in October 2007 and has built his practice helping people work toward their goals through the financial planning process. Starting shortly before the onset of the most serious financial crisis in decades was a bit of a trial by fire, but in his mind, an invaluable learning experience. The thing he enjoys most is helping people to understand that ‘you don’t know what you don’t know’ and even if you’re extremely intelligent, having an educated second set of eyes can be helpful – investments and financial planning involve a lot more than number crunching.

Michael is a 2007 graduate of Hastings College in Hastings, NE. He holds a Bachelor of Arts in biology. He and wife Kaylee have two children and he enjoys golfing, hunting and watching sports.

Waddell & Reed is not affiliated with any other organizations referenced herein.  01/19